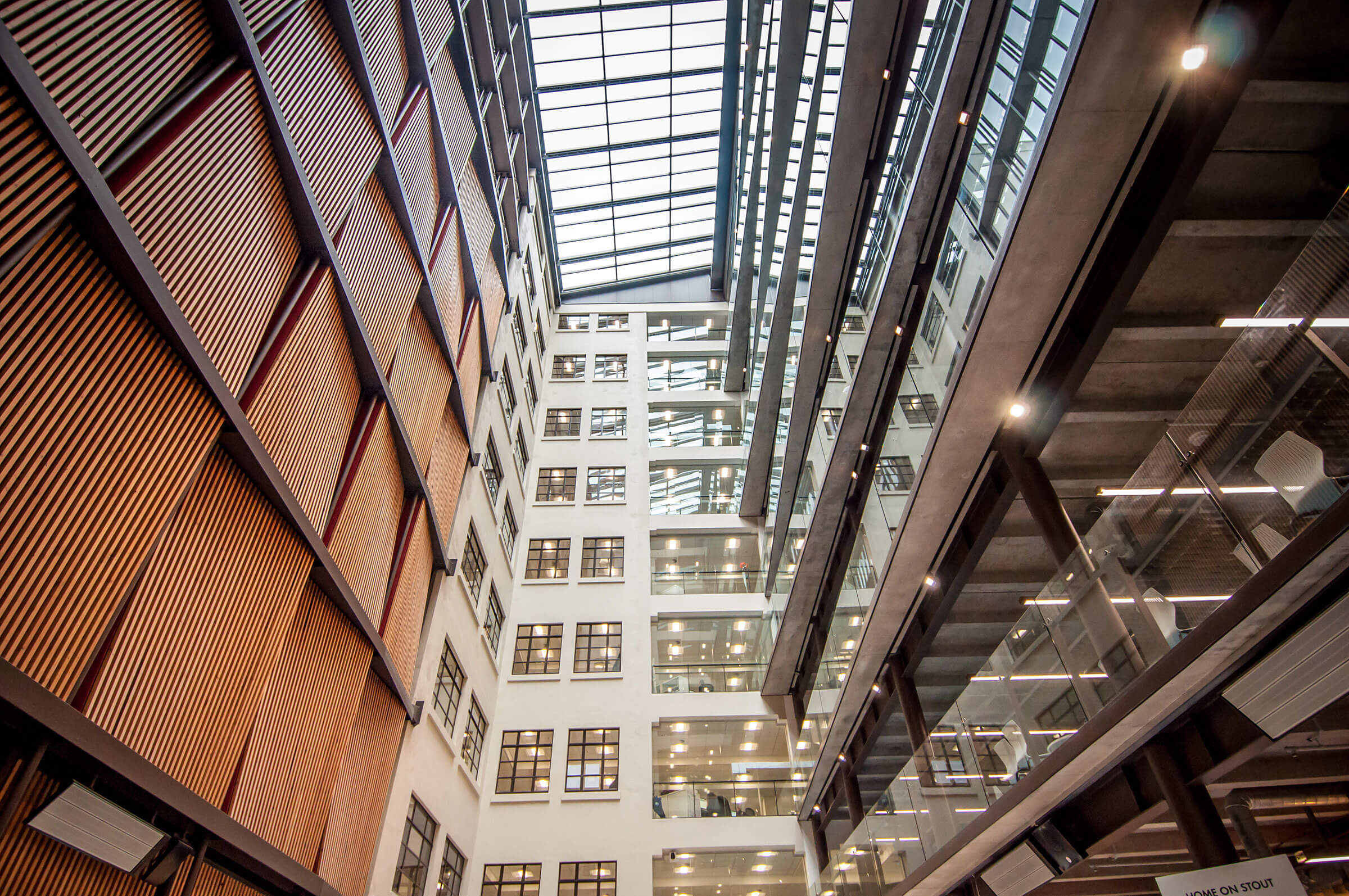 Building services design of base build

Performance spec for landlord and tenant

The landmark Departmental Building (as it was known) at 15 Stout Street, Wellington was built between 1939-41 by Fletcher Construction. The Category 2 listed heritage building, with its impressive granite cladding and heritage curved bronze single-glazed windows has, over the years, housed various government departments – Treasury, Defence to name a couple.

In 2015 this building, now the home to some two thousand personnel for the Ministry of Business, Innovation and Employment, achieved a 5 Star Green Star Built Office rating after a major refurbishment by McKee Fehl Construction. With a net lettable area of over 19,000 m2 of office space, it is a significant office block in Wellington’s central business district.

The benefits of social housing to passive house standard